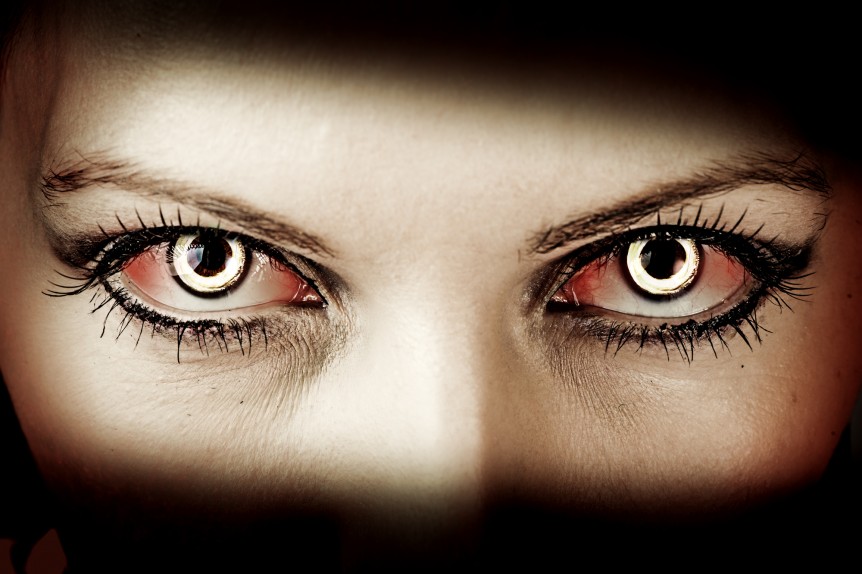 Sure, zombie eyes might be the crowning touch on your Halloween costume. But if you’re thinking of getting decorative contact lenses online, you might want to think twice.

In fact, be afraid. Be very afraid.

The American Academy of Ophthalmology has issued a warning to costume shoppers about over-the-counter costume contact lenses after a new study found that several varieties tested positive for chlorine and other harmful chemicals.

Researchers from Japan, where decorative contact lenses are hugely popular, published a paper in September that found chlorine in three types of non-prescription colored contact lenses. One pair even seeped chlorine after being rinsed, prompting concern from the researchers about toxicity to the eye. Iron was also found on four pairs of lenses.

Researchers say the chemicals may come from colorants used to tint and create playful patterns on the lenses. Their study also noted that colorants printed or pressed onto some decorative lenses create an uneven texture that could scratch the front of the eyes, potentially increasing the risk of infections that could cause blindness.

Four of the five lenses in the study are not available legally in the United States because they are not approved by the Food and Drug Administration. However, many decorative lenses of unknown origin can be bought online, at beauty parlors or even gas stations.

These lenses can harm the eyes by causing corneal ulcers or keratitis. Both can result in scarring that impairs vision or causes blindness. For this reason, experts at the Academy advise against wearing decorative lenses without a prescription.

If you want to wear decorative contact lenses, please come see us and get a prescription. To buy contacts over the counter just isn’t worth the risk to your vision.