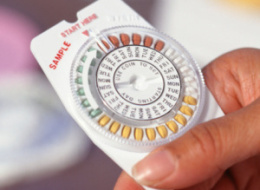 A research team found women over 40 who had taken the pill for three years or more were more likely to report being diagnosed with glaucoma, a leading cause of blindness, researchers said at the annual meeting of the American Academy of Ophthalmology.New research links birth control pills to an elevated risk of glaucoma, but does not show that the pill causes the degenerative eye disease, researchers said.

Being on the pill long-term could increase women’s risk for this leading cause of blindness, according to new research.

Taking oral contraceptives for more than three years appears to double a woman’s risk of glaucoma, scientists from the University of California-San Francisco, Duke University School of Medicine and Nanchang University in China said Monday at the annual meeting of the American Academy of Opthalmology.

The study examined data from more than 3,400 U.S. women over the age of 40, in which participants shared information about their eye health and reproductive health via a questionnaire. It didn’t distinguish between high-dose and low-dose forms of birth control pills.

Women who took any kind of birth control pill for more than three years were just over two times as likely to report having received a diagnosis of glaucoma.

The study doesn’t show that the pill causes glaucoma, but indicates a need for awareness among doctors, who may want to recommend these women for more frequent or earlier glaucoma screenings, the researchers said.

“This study should be an impetus for future research to prove the cause and effect of oral contraceptives and glaucoma,” Shan Lin, M.D., lead researcher and professor of clinical ophthalmology at the University of California San Francisco, said in a statement. “At this point, women who have taken oral contraceptives for three or more years should be screened for glaucoma and followed closely by an ophthalmologist, especially if they have any other existing risk factors.”

Glaucoma, a degenerative eye condition often caused by high pressure inside the eye, usually affects people in middle age and beyond. It has no cure but can be detected in early stages through regular eye exams.

The American Academy of Ophthalmology recommends all adults over 40 get a full eye screening every few years and every one to two years over age 65, or more often if they have glaucoma risk factors such as a family history. African-Americans are also considered at higher risk.